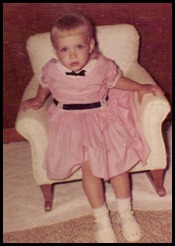 As a young girl of almost six I remember feeling uncertain and fearful that there would be no one to take care of me or love me. There was a deep feeling of being abandoned.

There was no one to talk to.

To my child’s mind it seemed I was alone. My father was gone. He was now in heaven. My mother would need to stay in a hospital for what seemed like months, but it was only weeks. Six weeks.

Growing up I would experience those same feelings over and over of being alone. Abandoned. Unloved. Granted they were only feelings. Emotions. Emotions that were not allowed to be expressed. Feelings that were never talked about. Never spoken.

Now, years later I see things differently. I see how hard life was for those who were suppose to take care of me. I see, but I do not always understand. And maybe that is okay.

Maybe it’s okay, even normal to still have emotions come over me. Feelings of being forgotten. Unwanted. Abandoned.

At times I want to give up. Stop trying to make sense of it all. I mean how does someone get over being abandoned, unloved and feelings of being forgotten. How do you not allow you to effect how you view relationships now?

How? I have not yet reached the how of NEVER feeling this way again, never allowing the emotions to overwhelm me in certain circumstances.

I have learned to speak truth to myself. And in speaking truth I am reminded that even though at times I FEEL forgotten my God will NEVER forget me. He will never leave me. He will not abandon me.

I can hold on to these truths and stand on them. I can because I know that my God does not lie. He can not lie. If His word says it then I believe with my heart, soul and mind that it’s true.

So what does His word say? What truth do I stand on? There are so many but here are a few.


"Behold, I am with you and will keep you wherever you go, and will bring you back to this land ; for I will not leave you until I have done what I have promised you." Genesis 28:15
"Be strong and courageous, do not be afraid or tremble at them, for the LORD your God is the one who goes with you. He will not fail you or forsake you…He will not fail you or forsake you. Do not fear or be dismayed." Deuteronomy 31:6.8
"For the LORD will not abandon His people on account of His great name, because the LORD has been pleased to make you a people for Himself. 1 Samuel 12:22
For the LORD loves justice And does not forsake His godly ones; They are preserved forever, But the descendants of the wicked will be cut off. Psalm 37:28
For the LORD will not abandon His people, Nor will He forsake His inheritance. Psalm 94:14
"I will not leave you as orphans ; I will come to you. John 14:18

So may I encourage you to reflect on these words of truth during those times when you might feel forgotten by others…or even God. Hold on to truth. Know that it does not matter whether those here on earth forget us, we will never be forgotten by our God.
He promises to never leave or forsake you. If He promises then you can stand firm on it regardless of your emotions at the time!