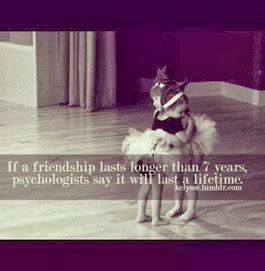 The private comments I received were quite interesting. Since then I have thought a lot about friendship, friendships that last a lifetime. This is what I am processing…

When I think of my circle of friends I always find myself looking the example I see in the relationships Jesus had while on earth.

He had the multitudes whom he definitely had influence over as He traveled from place to place. He had His followers, those that would often follow Him from town to town to hear Him. There were His twelve, then His three, and some even narrow it down to His one.

I have those who are on the peripheral, those that know me to say hello or who may know my name and face but our relationship doesn’t go beyond that. They know me because we attend the same church, or they have sat in on one of my workshops.

Friends for particular season and reasons: Then there are those who know me because we have spent time with one another over a mutual project, ministry or for a particular crisis or event. We know each other a bit deeper but often it can still be a bit of a surface relationship for once the reason of the relationship is done we have very little contact.

I think along this same line is friendships that develop during certain seasons of our life. For example when my boys were of preschool age I attended a Bible study with other moms where we spent much time together encouraging one another. If it had not be for some of those mothers I don’t know what I would have done. But as we each began making different life choices about how to school our children or what church we would attend and become involved in I found those relationship fell by the wayside.

Even though I have not seen some of these season or reason friends for a long time I still consider them friends. When we run into one another on the street we hug, catch up and encourage one another with a smile. We will even connect from time to time on face book, following along as their lives change and grow.  And if they had a need, a prayer request, I’d like to think I’d be there for them just as they would be for me.

Lifetime friendships develop out of a mutual connection of the heart. Just because I have known someone for more than 7 years doesn’t mean we are lifetime friends. A lifetime friend is one to whom your heart is connected. Neither time nor distance can separate you. You have cried over prodigal children, and hard seasons of marriage. You have cried with each other during times of suffering, bearing one another’s burdens, confessed sin and allowed them inside your heart and life.

We may not see eye to eye on everything, and there may be times of hurt feelings, but the relationship is far more important to us than a disagreement. We will talk it out with grace, love and forgiveness.

I do not know about you but my group of lifetime friends is small. In fact I can count them on one hand.  I have known these women anywhere between 7 to 25 years. But it is more than just knowing them for a long time, it is about our level of consistent, intentional involvement in one another’s lives.

So what is my point? I suppose bottom line is that just because you have known someone for more than 7 years it doesn’t mean we are “lifetime” friends. On the other hand we will always be friends. We will always be friends because of the moments we shared, the impact that was made, the season we walked. But lifetime friends go beyond that. They go to a deeper level of the heart and soul and they stay connected throughout the various seasons of life regardless of whether or not you still live in close proximity.

So what do you think? Would love to hear your thoughts!

Email ThisBlogThis!Share to TwitterShare to FacebookShare to Pinterest
Posted in: Encouragement, Relationships