Called to Live and Preach Christ

There is a quote that has often bothered me. It just didn’t sit right in my heart. The quote is often attributed to Francis of Assisi and says “Preach the Gospel at all times. Use words if necessary.”

Quite honestly it just doesn’t make sense to me.  I mean if my neighbor sees me living my life in service to others and being a good neighbor, loving those I 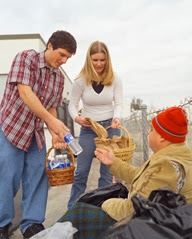 meet, all he will think is that I'm a nice person. He doesn’t  come to know the content of the gospel  simply by watching me live my life.

Shouldn’t  I also speak the gospel so that he will know?

So, I sat down to do some research on the quote. I wanted to know the context of the quote. Maybe the context had been distorted over the years. Interestingly enough what I found was that Francis of Assisi never said it. Read more here.

Mark Galli of Christianity Today says this about the quote, “First, no biography written within the first 200 years of his death contains the saying. It's not likely that a pithy quote like this would have been missed by his earliest disciples. Second, in his day, Francis was known as much for his preaching as for his lifestyle.”1

I love what Jeremy Carr writes about the quote on his blog One Thing, “ While it commends us to live out the Gospel through our life, it falls short of what it means to preach the Gospel and it actually makes no sense at all. I recently heard D. A. Carson comment that it would be like telling a news reporter to "Give the news and if necessary use words." After all Gospel means good news. News is something you tell people.”

Some might say who cares who said it, after all it’s still a good statement. Maybe,  but I wouldn’t want someone to say I said something when I didn’t, or take something I said and misquote it. Would you?  I imagine not. So it is import to understand that Francis of Assisi did not say this.

But is it a good quote regardless of who said it? I really struggle with that in light of what scripture says. God’s word is very clear that we are to live out the gospel and we are to preach the gospel.
We live the gospel when we love one another. What if the body of Christ so loved one another that they actually did 1 Thess 5:11-13 and encouraged, built up, showed appreciation, encouraged the fainthearted, helped the weak, was patient, and sought what was good for one another. Wouldn’t that speak volumes to the world if they saw the church living out the gospel in such a way? So yes,  we absolutely must live out the gospel before the world.

We are also told to preach the gospel. Jesus tells the disciple to “go preach the gospel.” (Mark 16:15) and Paul says “for woe is me if I do not preach the gospel.” (1 Cor 9:16) In fact as I searched scripture (but did not do an in-depth study) it seems that the New Testament writers often preached the gospel to those outside of the body. They did not leave it up to the idea that “if I just live right before them they will know I am a believer”. No they PREACHED Jesus! (2 Cor 10:16; Rom 15:20; Mark 15:15)

A quick look at 1 John 3:18 “Little children, let us not love with word or with tongue, but in deed and truth.” John is telling us that if we speak love only with words and no actions it is not love. When taking the gospel to a dark world we need to both live and preach the gospel. It’s not one or the other. We are called to live and love as Jesus did. He IS our example.
My dear beloved, Jesus both lived and spoke the gospel. His life both showed and spoke the love of the Father. We should go and do likewise.