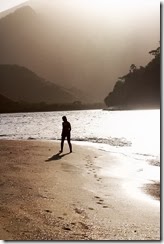 I’ve been making my through God Searches For A Heart Fully His as my quiet time. When I do a PUP Study as part of my quiet time it typically takes longer than it would in a group study. If I have time I will do the who days homework, if not I just break it into sections. Regardless I have thoroughly enjoyed this time learning about how to have a heart that is fully His. It is the desire of my heart.

I want my heart, my life, to be completely His, don’t you? I have written other blogs while doing this study, here, here, here and here if you would like to read more.

Now on to something I saw last week in my studies and have been anxious to share it with you!

I’ve been in 2 Chron 17 –19 learning about King Jehoshaphat. He was the king of Judah during King Ahab of Israel. But for today I want to concentrate on chapter 17. He is described as a man who the Lord was with. He followed David’s example and did not seek the Baals. Jehoshaphat sought the Lord and followed His commandments. Then in the last part of verse 4 it says, “and he did not act as Israel did.”

Chapter 17 goes on to tell us that he took great pride in the ways of the Lord and removed the high places. He also sent out officials and priests to teach the book of the law to the people throughout the cities of Judah. Jehoshaphat had great riches and honor among the nations and they did not make war on him.

Jehoshaphat is off to a good start and we get a clear look at a heart that seeks God. A heart that is fully His is one that seeks the Lord. He follows the commandments and does not worship other gods.

Throughout this study I have seen other kings described in similar ways. But here there was something different. Something new I hadn’t seen before and it struck my heart and I’ve been chewing on it since.
Verse 4 tells us, “and he did not act as Israel did.” Why was this mentioned? I mean I would understand it saying “he did not act as the nations around him.” That is something God had said over and over to His people. But to not act as Israel? Were they not also apart of His people?

To find out why read more here.
Written by sharon brobst