A Word of Encouragement 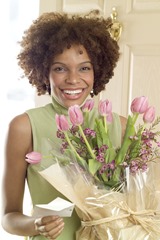 I love it when the Word of God speaks into my heart with encouragement at just the time I need it. For months I have felt distant from God, a lack of passion to really seek Him. It’s been especially hard since I haven’t had a Bible Study or a person to study with.  You know, someone to help keep me accountable to be in the word. Someone to encourage me, listen to me process, and to just grow together. We all need that right?

Then I remembered the message God had given me at the beginning of the year. He gave me Psalm 24:4-5 which says "He who has clean hands and a pure heart, who has not lifted up his soul to falsehood and has not sworn deceitfully. He shall receive a blessing from the Lord..." From this verse and various books He has had me read, I have come face to face with my idols. Like my tendency to run to people instead of God.

If I run to people instead of God I am saying I do not trust God. I am saying He alone isn’t enough. In essence I am telling God “I only need you if I can’t figure this out on my own”. I’ve even said “I just want/need Jesus with skin on!” While we understand the meaning of that phrase to mean sometimes God uses people to give a hug or a word at just the right time as if God Himself were doing it, it isn’t something He chooses to do all the time.

So what do you do when you are feeling like you need “Jesus with skin on” and He says “I am enough”? What happens when weeks and months go by without “feeling” His presence in a tangible way?

Here is what God showed me today. This is the truth from His very voice that was spoken to my heart.

"…LORD, there is no one besides You to help in the battle between the powerful and those who have no strength ; so help us, O LORD our God, for we trust in You… 2 Chron 14:11

And this, “…the LORD is with you when you are with Him. And if you seek Him, He will let you find Him; but if you forsake Him, He will forsake you.” 2 Chron 15:2

As I read through 2 Chronicles I was reminded that my part is to seek the Lord. I am to seek Him with my whole heart. I am to purge the idols and rid my life of the things that distract me from spending time with Him. (2 Chron 15:5-16)

God sent Asariah to King Asa in Chapter 15 with a message from God. The way the king responded gives me much food for thought.

Second, he removed all the idols. He heard from God, knew God was with him so then he acted. He did not whine or argue or think he had a better way. He just went to work doing what was needed.

Then he restored the altar. This is huge. When we begin removing the idols of our heart we must then replace the idols with truth. We must allow the sweet promises of God to be restored into our soul.

Does my community see God in me? A good question to ponder.

Asa had a prophet give him a message from the Lord. I have his word. I need to remember that God has already told me how I am to live and what I am to be. I do not need to go to others first, I need to go to God. I need to pursue the life God has for me. I am to SEEK Him, no one else.

Community comes after we have heard from God, and we’ve walked in obedience. We can not “gather the people” before we’ve allowed God to work in our own hearts. God does the work in our hearts not people.

“But the high places (cultic platform, places of worship) were not removed from Israel; nevertheless Asa's heart was blameless all his days.” 2 Chron 15:17

There is so much more to learn about Asa, why not read it for yourself? His story is found in 2 Chron 14-16.