Jehovah Nissi- The Lord is My Banner 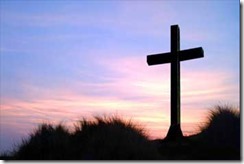 But I always wondered what it meant by “His banner over me is love”? What I understood then was that Jesus’s love was a banner over me. I suppose in a child’s mind it was enough. It was a simple truth.

A time came when I thought there must be more to see. More to understand of God through this name of His. Whether a gift or curse I always think there is a deeper meaning to things. Not only do I think it but then I must seek it. I want to understand. My thirst for knowledge is often both a curse and a blessing.

My understanding came in the studying of the word Nissi. BlueLetter.com says that Nissi comes from Nes (nês), which means “banner” in Hebrew. Nes is sometimes translated as a pole with an insignia attached.

Okay, so God is our banner…a pole with an insignia attached. Huh? I had to go deeper and began trying to understand the word banner. Why the word banner? What is a banner used for? What would it have meant to Moses?

Of course I knew what the dictionary says about banner. It’s a long strip of cloth bearing a slogan or design. We use banners everywhere today. But what does that have to do with the Lord being our banner?

I went back to the word of God. What was the context in Exodus 17:8-16 of the Lord is our Banner?


Then Amalek came and fought against Israel at Rephidim.  So Moses said to Joshua, "Choosemen for us and go out, fight against Amalek. Tomorrow I will station myself on the top of the hill with the staff of God in my hand."  Joshua did as Moses told him, and fought against Amalek ; and Moses, Aaron, and Hur went up to the top of the hill. So it came about when Moses held his hand up, that Israel prevailed, and when he let his hand down, Amalek prevailed. But Moses' hands were heavy. Then they took a stone and put it under him, and he sat on it; and Aaron and Hur supported his hands, one on one side and one on the other. Thus his hands were steady until the sun set. So Joshua overwhelmed Amalek and his people with the edge of the sword.  Then the LORD said to Moses, "Write this in a book as a memorial and recite it to Joshua, that I will utterly blot out the memory of Amalek from under heaven."  Moses built an altar and named it The LORD is My Banner; and he said, "The LORD has sworn ; the LORD will have war against Amalek from generation to generation."

Do you see it? Moses, with the staff of God in his hand, was being used by God as a banner. A banner or flag in a time of war gives soldiers a feeling of hope. It’s a focal point to remind them why they are fighting.

Oh then I saw! Oh my! Today our focal point, the “banner” that gives us hope and keeps us going is the cross of Christ. It’s Jesus and the finished worked of the cross.

So today if you find yourself in a battle with your enemy or the enemy remember that Jesus is the rock of your salvation. He is the banner over you. He fights for you and with you.

Today run to your Jehovah Nissi and find refuge. He alone is your hope in times of trials. He will cause you to stand firm and endure that which faces you today.

Email ThisBlogThis!Share to TwitterShare to FacebookShare to Pinterest
Posted in: Drawing Near to God, Encouragement, Endurance, Hope, Names of God, Stand Firm, The Cross, Warfare, Who is God?