Have We Failed The Test? 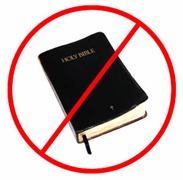 Since the beginning of the year I have been reading through the Bible and jotting down blog ideas! Thoughts that have really struck me in a new or different way, hoping that I’ll be able to get back to them and study further. Well, several weeks ago I read Judges 3 and saw something I hadn’t really noticed before and my mind has not let it go.

Judges 3 begins this way, “The LORD left certain nations in the land to test those Israelites who had not participated in the wars of Canaan. He did this to teach warfare to generations of Israelites who had no experience in battle…These people were left to test the Israelites -- to see whether they would obey the commands the LORD had given to their ancestors through Moses.” (v.1,2,4)

As I read those verses I couldn’t help but to compare it to my life. To life here in what is considered a “Christian” nation. A nation built on godly morals by people who fought for their religious freedom. They were not afraid to take a stand against those who would deny their right to worship God. They left everything they knew, everything they had and came to a land that promised freedom.

I’ve often wondered how we got here, to where we are today. A nation led by godless leaders. Making laws in favor of things God calls sin. How did we become a nation that allows homosexuals to marry? We allow babies to be aborted? We have allowed God to be taken out of our schools, our work place and our government!

Where did it happen? When did godly men and women begin turning a blinds eye to sin? When did we stop fighting for what God sees as right and holy? When did we, as a nation and as a church, fail the test?

A test? What test? I believe God will always leave “certain nations” or “certain people” in the land to test us. Why? To see whether we would obey the commands of the Lord. Will we stand up and fight against God’s enemies? Have we forgotten that we have God on our side? As believers we have God fighting for us and with us and yet so often we sit idly by and allow those that have been left to test us, rule us.

Israel, like God’s people today, joined together with the pagan nations. They began to worship the god’s of the land. They began to do what was evil in the sight of the Lord. And they forgot about God. (v.5-8)

Let’s remember that God’s judgment in verse 8 is against Israel, not the nation. God’s anger burned against His own people and He handed them over to a King to be his subjects. There freedom was gone.

Do you see the lesson here for us to learn? Today we cry out that our nation needs to repent, but it’s not the nation. It’s God’s people that needs to repent. His people have become apathetic and no longer fight for God. His people serve the god of this nation, wealth, power and self interest. His people have allowed sin into the church to the point that many churches no longer care about God’s law and only teach a watered down gospel.

God allowed the nation to rule over Israel for eight years. What changed? The people, God’s people,  “cried out to the LORD for help, the LORD raised up a man to rescue them.” (v.9)

Oh Father how I have sinned, how your church, and your bride has sinned against you. Forgive me for not standing up for Your truth. Forgive me for those times I have voted for godless men and women to rule this nation. Forgive me for sitting by and allowing this nation and it’s leaders to take You out of the schools, the work places and the government. O, Father forgive a generation that has been apathetic and have forgotten You. Show me what you would have me do. Help me to stand against Your enemies, even if it means standing against a giant with only a sling shot and a few rocks. I know that You will be with Your people who choose to make a stand for righteousness. Father raise up those who will fight for You. Lead a revival in this land among Your church. O God I pray that You will begin by creating a fire in my own heart, a holy, righteous fire.