Yesterday I started a study of the book of Acts. I’ve read it before, but not studied it and recently I have come across a couple of verses that are very interesting and worthy of deeper studying. So I figured the only way to do that is to study the whole book! Beside Acts is part of the history of the Church, it’s important to know. Why? Because God included it and if He included it I need to know it. (For those who might be interested I am not using a Bible Study, just studying inductively on my own.) 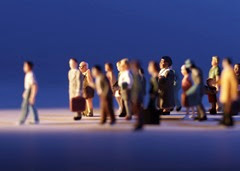 As I read Acts one I was reminded of a few important principles of choosing spiritual leaders. I imagine that most ministries, churches and organizations are familiar with this and practice it, but it’s always good to go back and remind ourselves. On the other hand, unfortunately, I have been apart of ministries that have different criteria for choosing leaders. I have seen everything from choosing a best friend to and warm body will do. There is nothing more frustrating to me than trying to serve under some one who isn’t called by God. Even more frustrating is trying to lead when you haven’t been called to that particular ministries or position.

So then, how do we choose spiritual leaders?

As I looked at Acts chapter one verse fifteen I was curious why Peter took the leadership. Then I remembered Matthew 16:18 "I also say to you that you are Peter, and upon this rock I will build My church ; and the gates of Hades will not overpower it.” and John 21:15-17 in which Jesus tells Peter to “shepherd” (to feed, to tend a flock, keep sheep, to rule, govern) and “tend”(to feed, to promote in every way the spiritual welfare of the members of the church). Clearly Jesus had called Peter to lead.

So Peter stands before the group of followers and tells them that the time has come to replace Judas. Peter reminded them that it had been written in the book of Psalms that another man should take his office.

But how would they choose? The first thing that Peter says is that  it must be one “who have accompanied us all the time that the Lord Jesus went in and out among us” (Acts 1:21) This wasn’t someone who had recently joined the group but someone who had been with them from the beginning to the end. (vs22)This man would be a witness of His resurrection and needed to know the teachings of Christ.

So the first thing we see is that this man needed to know Jesus. He needed to have a relationship with Him, not one that is recent but one that shows He has been with Jesus for awhile.

The second thing we see is that they chose two from among them, prayed and cast lots. They asked the Lord to show which of these two He has chosen. Only Jesus knows the hearts of all men. He alone knows who should serve in leadership, so why would we not go to Him and ask who He has called?

In Acts we see two men chosen. Two men qualified to fulfill the role. I am sure both men could have done the job, but God only chose one. Peter didn’t say, “we have two qualified leaders so lets just add them both”. He knew that God knew the hearts of these men and only by asking God would the right man be chosen.

The third thing I see, or I am reminded of, is my own responsibilities in regards to choosing leaders. If my church leaders have followed the above criteria in choosing a leader and have humbly vetted (1 Tim 3) the potential leader then I too must spend time praying. I can not vote according to who I might like better, or who I know better. A vote must be cast according to who I, through prayer, believe God has called.

In summary we choose leaders by

We need to remember that

May we all remember our full responsibilities in choosing a leader. May we choose with a sober heart and not lightly without wise counsel or prayer.